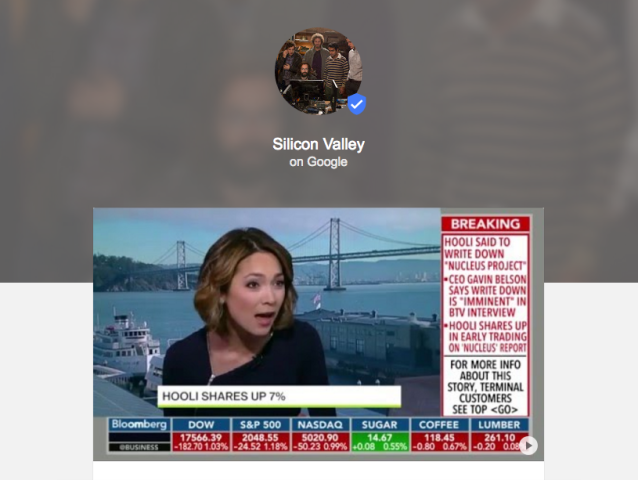 Throughout the year, Google has been toying with a feature that lets people or groups post short bits of text directly and instantly into Google searches. Along with the text, those participating can put in an image, video and link.

It should, because it’s currently called Twitter. Worse still for the troubled social communications company: In some instances — with the public officials, small business and (more recently) media properties that Google has opened the feature to — this content kicks Twitter’s own content down in Google searches. Twitter and Google inked a deal to insert particular tweets in searches a year ago.

Like the Twitter deal, the new search feature underscores the myriad ways Google is scrambling to shake up how its search results look and feel, particularly on mobile devices, where Google needs consumer attention and clicks. In this instance, unlike the Twitter deal, Google is prioritizing its own content.

It’s a practice, of course, that has gotten Google into trouble with European regulators for a while now and that is an issue that the company is well aware of here.

And it is different from Twitter. The search feature, tentatively titled Google Posts, only lasts for seven days. But you can publish a lot more — 14,400 characters and the ability to publish up to 10 images or video in any post.

And, for now, the feature is very limited. The search engine rolled it out for the Fox News Republican Presidential debate in January, allowing the candidates to campaign with small “cards” — a web interface that pops out, with social media share buttons — in real-time search results. Then, Google quietly expanded it to small business, cricket websites, musicians and even school districts.

The search feature drew more attention last week when some big media names — HBO and Jimmy Kimmel — joined the fray. Ahead of the season premiere of HBO’s “Silicon Valley,” Google allowed the show to post made-up stuff atop searches.

This is all just a test for now, Google claims. “We’re continuing to experiment with the look and feel of this feature, including exploring other potential use cases,” a company rep added.

The company also stressed that this is different from Accelerated Mobile Pages, or AMP, Google’s tool for super-fast mobile publishing. With AMP, publishers host the content that appears in search. With Posts, Google hosts.

Publishers don’t pay for Posts — again, for now. Google hasn’t communicated too widely to partners about the feature yet and it wouldn’t say if it’s letting in its core clientele, advertisers. (Interested parties can sign up for waitlist.) But it might, particularly for cases where timely posts would thrive.

“Right now, it seems like it is just for media and entertainment publishers, but it could be very interesting for direct response marketers if Google opened it up to them,” said Jason Hartley, VP of the search practice for 360i, an ad agency. “It’s a nice way to introduce new product lines.”

That said, Hartley wisely noted that Google would be very cautious with any expansion, ensuring that it doesn’t turn off searchers. Jimmy Kimmel can create clever, compelling content; a company selling shoes might not.

For publications and marketers, the new feature would give them a channel for prime real estate in Google search. That could be a concern for Twitter, which has a nice seat on that same real estate now.

Plus, it doesn’t seem that Google is eager to turn the feature into a rich media environment rivaling the social media site. Some of the search “cards” summon a YouTube video. Most are pretty static. This post from Jimmy Kimmel, for instance, just has a short bit of text on an image that simply reads, #Kimmel.

Sign up to receive my monthly newsletter where I feature online marketing tools, tips and techniques. Topics include SEO improvements, building better content and improving engagement with your followers.
I look forward to connecting with you.
I never share or sell information.
Your email address is safe with me!
Loading Comments...
%d bloggers like this: